Does a child need to have godparents to be baptised? This is a good question especially if you don’t have any close family or friends who you believe will live up to the promises that are made at your child’s baptism. It’s an important role and you want to get it right.

Most churches will require at least one godparent for a child’s baptism. While godparents aren’t specifically mentioned in the bible it has become customary to have godparents for child baptism. Different christian denominations will have slightly different requirements for choosing godparents.

Some churches may allow the child’s parents to be godparents for their child, but they may also require another godparent that isn’t a natural parent. While some other churches require 2 godparents, one of each gender that are baptised christians. Your pastor will be able to guide you as to the requirements for baptism in their church.

Let’s first look at the history of godparents: when they first became a thing and why. We’ll look at the role of a godparent today. And we’ll also look at some reasons why you may not be wanting to have godparents for your child and some possible options that may help.

History and Purpose of Godparents

When the bible does talk about baptism it also talks about repenting of your sins and having faith in Jesus. As a baby can’t do this themselves the parents need to step in and answer these questions on behalf of the child, and promise to raise them in faith.

As early as the second century, there is evidence that child/infant baptism began to take place in the church. In 408 St Augustine (a Catholic bishop and theologian) suggested that natural parents be the sponsors (godparents).

The term sponsor comes from the Latin word spondere which means “to promise“.

However, by the fifth century adults other the child’s parents were starting to act as the sponsor at the baptism of a child. This would protect the child in the event of the death of their parents. Losing your parents as a child was a lot more common in the past than it is today due in a large part to disease and war. If a child lost their parents then it was customary for the child’s sponsor to then look after the child and bring them up in the christian faith.

It was around this time that the term “spiritual father” was used for a male sponsor. The term eventually evolved into “godfather“. A female sponsor was called “godmother“. Together they were the child’s godparents.

However, these days if a child’s parents die the child isn’t automatically placed in the care of the godparent. Most people have a legal will where they write who they would like to look after their child if both of them die.

But the custom of having a godparent other than the natural parents has stuck and is still customary in churches today.

Godparents are required to stand at the front of the church with the parents and child and answer simple questions of christian faith and also state their intention to help raise the child in the christian faith.

Godparents need to attend and witness the baptism where possible. However, if this isn’t possible then most churches will make allowances and allow another adult to serve as the witness at the baptism in the godparent’s place.

The baptism ceremony is the beginning of the godparent’s role. Godparents can make an excellent role-model for their godchild by living their life honestly and openly before God. It is expected that godparents pray for their godchild and take a special interest in the faith of their godchild. This can be done in a variety of ways; spending time with their godchild, talking with them about God, remembering and reminding them of their baptism birthday, giving faith related gifts such as books, dvds etc. What child doesn’t love receiving gifts!!

Common Reasons for Wanting To Baptise Your Child Without Godparents

There are a few reasons why parents may not want to, or are finding it hard to, have a godparent for their children:

These are all valid concerns and show that you are thinking seriously about the important role of godparent in your child’s life.

Different churches may have slightly different advice on what to do in each of these circumstances. I’ll outline some of the possible solutions below.

What to Do If You Can’t Find A Suitable Godparent

If any of the above situations apply to you, and you’re wondering if you really need to have a godparent for your child then here are some options that might help:

If you’ve just moved to a new town, or state, or country even and you’re finding it hard to find someone locally that you feel would be a good fit as godparent then just know that it’s fine to choose family or a close friend from back home. If they can’t make it to the baptism, most churches will be ok with that and just ask another witness to stand in their place. Godparents can still do a great job even if they live a long way away. They can still pray, write messages, send gifts and help with your child’s faith journey.

Maybe you’ve run out of ideal candidates. Some parents choose to have the same godparent(s) for some or all of their children. So this may be a good option in this situation. Just make sure the godparents don’t feel pressured financially and know that you don’t expect too much in the way of gifts. It’s their thoughts and actions that count most.

Whichever option you choose, please remember that the most important role in your child’s life is your own role as parent. No one has as much influence on your child than you do, as their parent.

If you want your child to grow to know God then the best way you can help with this is to show them how. Live an honest life before God, talk often about God with your child. Let your child know that you aren’t perfect either, but God still loves you. Lead by example. Show them love. At times this is a lot easier said than done, but just do your best. 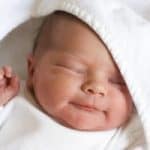 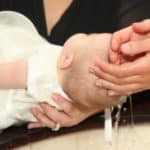 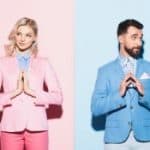